Today I had to look it up again: how to quickly setup logging for a Zend Framework 1 application. To make it easy for myself to find it again, should I ever need it, I will post it here.

A log is a resource that ZF 1 can load using a predefined resource plugin. That means that we can be lazy: If we setup a logger as a resource called ‘log’ in application.ini, we can use it.

But then, when I started writing this, I stumbled on this blog post, that does exactly the same thing, so just read it here:

What this post doesn’t show you is how to add logging to firePHP in the same go:

Yesterday I wanted to set up logging to FirePHP in CuddleFish (my pet project business framework). I thought it would be easy, and looking back, it is very easy. Before I figured out how to set it up, it was not so easy, so I’d better blog about it to remind myself of how it’s done.

First of all, you have to set up FirePHP. You can download it from the FirePHP website or install it using pear:
[bash]
pear channel-discover pear.firephp.org
pear install firephp/FirePHPCore
[/bash]

Next, in the Module.php file of your module, you can add a service that provides the configured logger:

In fact, since we require_once the core FirePHP class, there is no need to pass it to the constructor of the writer using the bridge. I only came to realize this while writing this post. When the FirePHP class exists, it will be used automatically by the writer. So the simplified code becomes:

There is however a downside to this: If you have a lot of calls to the log, it is more code to type than just calling $this->log->info(‘something’);

If you have an initalizer in your controller, you can set the log there:
[php]
// inside initializer
$this->log = $this->getServiceLocator()->get(‘log’);
[/php]

If you use a factory to create your controller, you can add a method setLog() to your controller:
[php]
public function setLog($log)
{
$this->log = $log;
}
[/php]

The factory can be a closure in the controller configuration, like we did for the log:
[php]
public function getControllerConfig()
{
return array(
‘factories’ => array(
‘index’ => function($controllers) {
$sm = $controllers->getServiceLocator();
$controller = new Controller\IndexController();
$controller->setLog($sm->get(‘log’));
return $controller;
},
),
);
}
[/php]
Now the log is available as $this->log right after instantiation of the controller.

Warning: This post is outdated. If you want something more up-to-date: The Dutch Web Alliance has an excellent series on unit testing and debugging with PHPStorm, by Joshua Thijssen

Today I came across a presentation by Matthew Weier O’Phinney on slideshare, that I just do not want to forget about. Because bookmarks tend to disappear when I switch browsers and because I create bookmarks but rarely look at them a second time (using 10+ different browser installations and having bookmarks spread all over) I decided to embed the presentation on my blog, so that it sticks. So here it comes:

I have to remember to try this Depency Injection phenomenon I hear so much about lately.

Zend_Tool is a command line tool that helps you setup a Zend Framework MVC application. You can also use it after you have set up your application to add controllers, actions, views, configuration and models. Since I use Zend Studio for development, I am used to the integrated version of Zend_Tool. This means that if you set up a Zend Framework MVC application as a new Zend Studio project, you will have menus available that let you add things like controllers and actions.

This is really nice of course, but the nature of the tool, that is command-line by birth, makes that I would like to be able to use it from the command-line too. END_OF_DOCUMENT_TOKEN_TO_BE_REPLACED 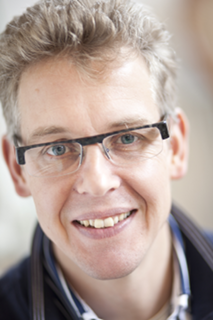